As promised here are some close up photos of my stitching
on the first four of Sue Spargo's  Instastitch blocks. 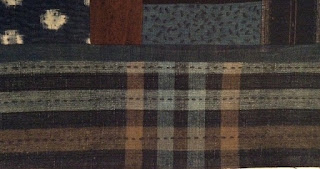 Sashiko stitching in indigo sashiko thread following the lines on the weave
of the fabric. 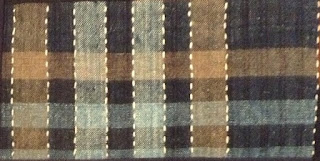 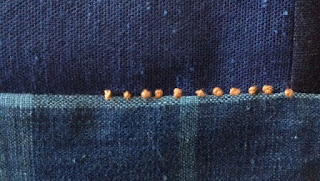 French knots in tan Sashiko thread - one wrap around the needle. 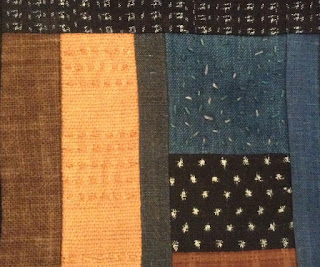 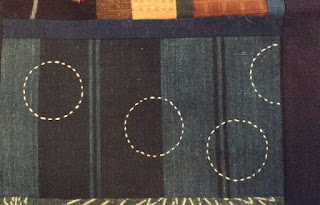 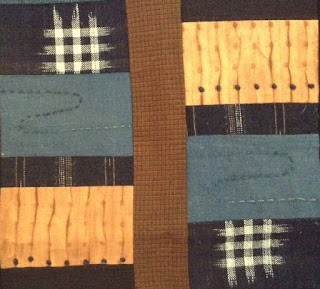 French Knots on the rows of the persimmon dyed fabric (looking
way too bright in this photo).

Sashiko stitching in EZM17 on the indigo fabric -  a traditional Sashiko
design called Kasumi. Because Japan is so mountainous mist
is a common occurrence, so is often depicted in traditional
Japanese landscapes.

Back soon with patching ideas.
Posted by Robyn at 00:07

Robyn
I am passionate about quiltmaking, to the degree that I now own an Quilt Business - Patchwork Passion based in Auckland, New Zealand. I specialize in Japanese fabrics and projects.